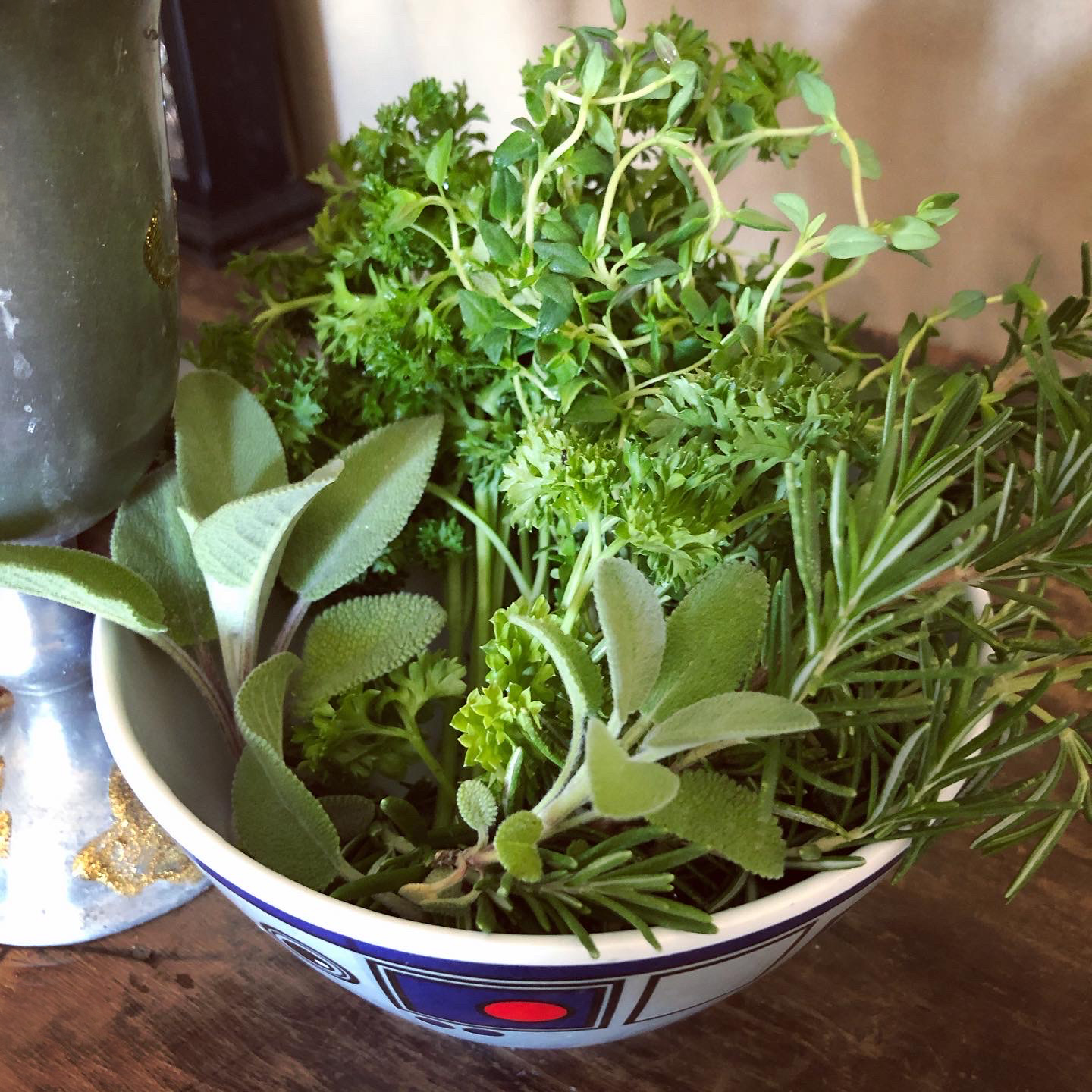 Sound and music are an integral part of magick, particularly when working with water. Whether that is sitting by the ocean gently drumming or singing a chant in powerful unison, it can have a significant effect. The reason I bring this up is that occasionally I will hear a piece of music and instantly feel that there is something magickal about it.

This was the case when I first heard the popular ballad “Scarborough Fair”. There are numerous songs about going to fairs in English folk music, but this was the first one that gave me goosebumps. I instantly knew there was a spell in there somewhere.

Meaning Behind the Herbs

Parsley
Some think it refers to removing bitterness, others conjecture that it is used for love / attraction. I think the singer is pleading for a clean slate, as it were, to wipe out past resentments. It is also associated with Persephone and journeying to the Underworld safely.

Sage
In the European tradition, it is a healing, strengthening herb that promotes longevity and harmony.

Rosemary
There are so many uses for rosemary that it is a substitute for anything. In this particular case, it likely has to do with remembrance or love. There are rumors that it was part of wedding banquets. I believe it is meant to represent faithfulness in the song.

Thyme
One of the ancient Anglo-Saxon “nine herbs” of magick, it is closely associated with love and attraction / glamor rituals. It would be embroidered on scarves to give away to a lover, making you irresistible to them. As a side note, on January 20th (St. Agnes Eve), tradition has it if you put thyme in one shoe and rosemary in the other, then sprinkle them with water three times, it will grant a vision of your true love while you sleep that night. It also helps to eat a “dumb cake” that day, according to legend.

Using a combination of herbs from my garden and store bought, I brought together the famous “parsley, sage, rosemary, and thyme” and wow do they smell amazing! I would not mind receiving a bouquet of them from a lover.

I decided to create a bundle for cleansing, due to their combined meaning, which to me is:
removing negativity, healing old wounds, promising faithfulness, promoting beauty.

There are also comments that I have read about it being an old remedy for removing curses, so it is a handy smoke bundle to have on hand. 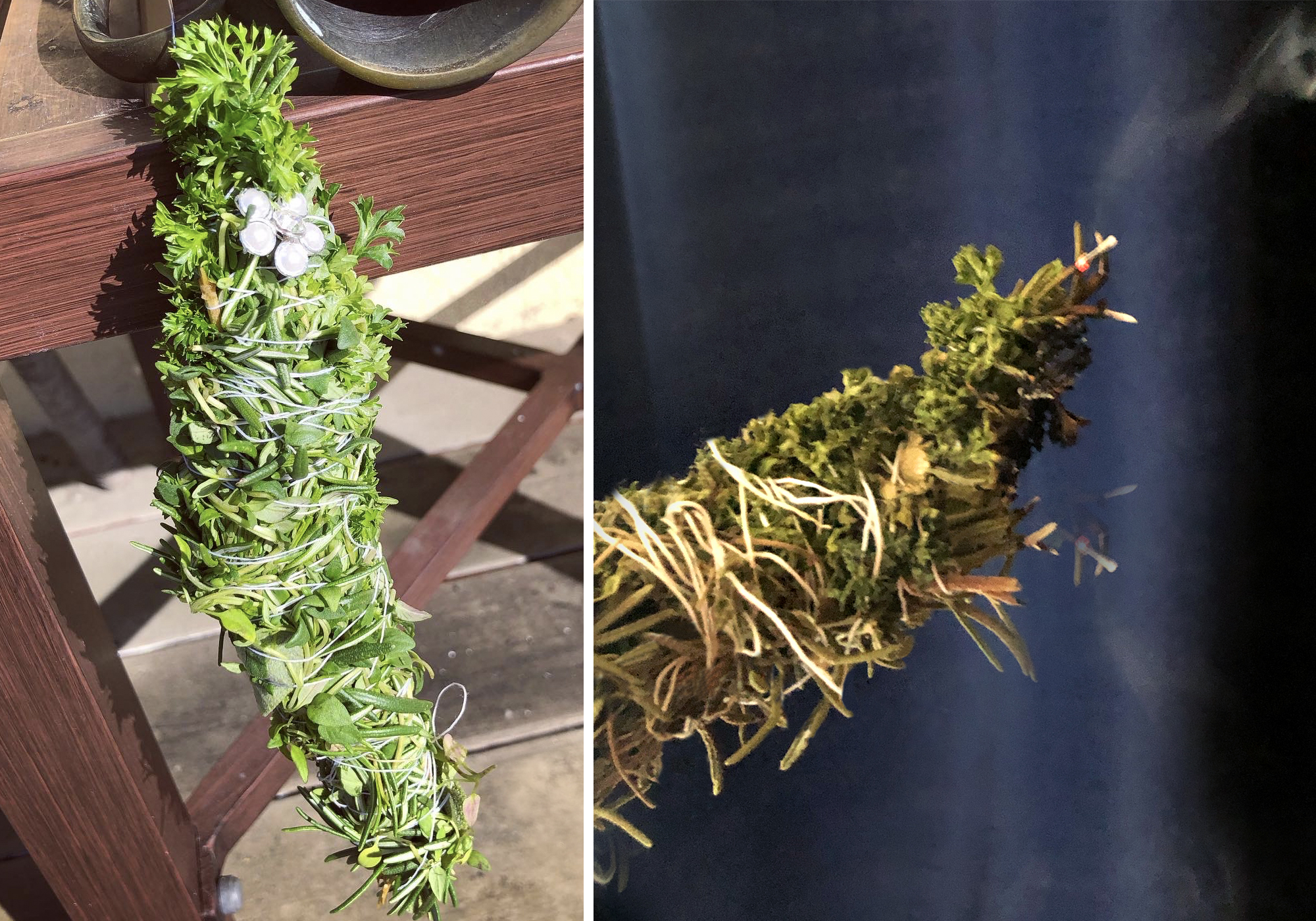 If you are thinking of making one, don’t put thyme on the outside—it tends to shed a lot. Knowing what I do now, I would make thyme the core, followed by parsley, rosemary, and sage as the outer layer holding it all together.

The scent when burning is not that different from a regular sage, mugwort or basil bundle. It has an airy lightness to it, though—this isn’t a heavy protection bundle—it really feels more like it is adding a playful flirtation into the air, which is perfect for this season of the year.

Any of these herbs can be incorporated into the kitchen when cooking. Just think about their meaning while adding them to the dish, charged with your intentions. I actually ran into an 18th century recipe for pork that incorporated all the herbs, it came out quite delicious.